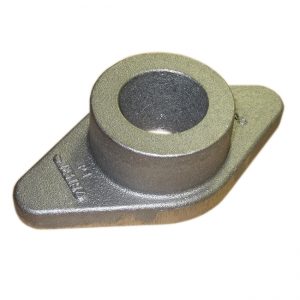 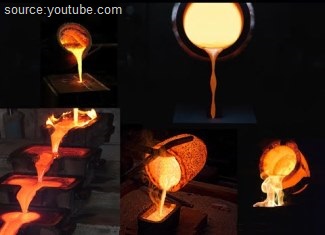 What is Metal Casting?

Metal casting is defined as the process in which molten metal is poured into a mold that contains a hollow cavity of a desired geometrical shape and allowed to cool down to form a solidified part. The term ‘casting’ is also used to describe the part made by the casting process which dates back 6000 years. Historically it is used to make complex and/or large parts, which would have been difficult or expensive to manufacture using other manufacturing processes.

Primarily, casting produces ingots and shapes. An ingot is a casting produced into a simple shape and intended for further processing such as metal extrusion, forging, etc. Shape casting is for near or net shape castings to produce complex geometries which are closer to the final part.

Metal casting can be divided into two groups by the basic nature of the mold design. i.e. expendable mold and permanent mold castings. It can be further subdivided into groups depending on their pattern material.

Following factors need to be considered before choosing a suitable metal casting for a given engineering product design.

Expendable mold casting, as the name suggests uses a temporary non-reusable mold to produce the final casting as the mold will be broken to get the casting out. These molds are typically made of materials such as sand, ceramics & plaster. These are generally bonded using binders called bonding agent to improve its properties.  Complex intricate geometries can be cast using expendable mold casting.

As the name suggests these uses both expendable and reusable casting molds to produce castings. These normally include materials such as sand, wood, graphite and metal.

How does metal casting work?

Elements of the gating system

The gating system is the channel or the path by which the molten metal flows into the cavity. As shown above, the gating system consists of a pouring cup and a down sprue through which the metal enters the runner that leads into the main cavity. Pouring cup minimises the splash and turbulence when the metal flows through the sprue which is tapered to aid the flow. Most of the casting suffers from shrinkage during cooling and to minimise the shrinkage issue, a riser is used. A riser is a simple reservoir in the mold that feeds molten material to the shrinking sections to compensate as it solidifies. There are four different types of risers, viz. top riser, side riser, blind riser and open riser.

Although almost all the metals can be used, the most commons ones are iron, steel, aluminium, magnesium and copper-based alloys such as bronze.

Nearly every engineering product we use from washing machines to pillar drills, cars to bicycles are manufactured using metal parts which are most likely to be made using one of the metal casting processes. This age-old manufacturing process has improved its precision and tolerances over time.

Advantages and disadvantages of metal casting

As with any other manufacturing processes, a basic understanding of the process, its underlying science, its pros and cons are essential for manufacturing low-cost quality engineer products.

Because of the above reasons metal casting is one of the important net shape manufacturing technologies. Others include net shape forging, stamping of sheet metal, additive manufacturing and metal injection molding.

Production Materials are Critical in Prototyping 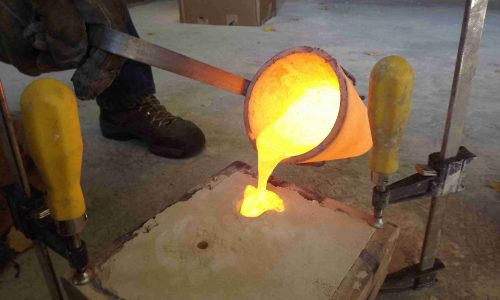 A 101 Guide to Sand Casting 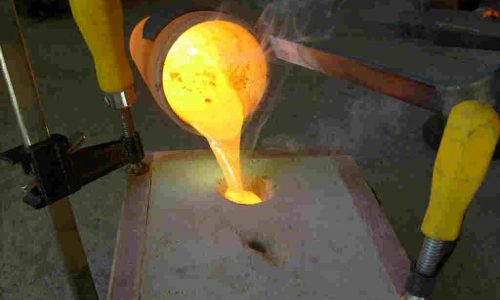